As a business, there is an avalanche of questions and concerns that needs to be dealt with on a daily basis and especially in turbulent times such as these when the priorities and demands change by the day.

Digitalisation and the best practice to a successful strategy is a top priority for many, where – if implemented correctly – this is a gateway to continued flourishing as a company but where unsuccessful launches, prioritisations and choices will lead to inefficiency and reduced revenue. In the long run, an uncared for IT-infrastructure will lead to more severe consequences and the potential of being completely outrun by competitors.

The rise of the low-code platforms seem to have provided a soothing touch to businesses all around the world, and its popularity is clearly noticeable by a quick observation of the rise of users over the recent years. In a study made by Forrester it was reported that the market for low code development platforms is expected to rise from $3.8 billion in 2017 to $21.2 billion in 2022. Another report by Gartner suggests that low code tools already in our present year 2020 stands for at least half of all new line-of-business applications. The simplicity of the solution is appealing – so-called “citizen developers” are able to create elaborate software applications quicker thanks to the elimination of traditional coding or programming, replaced by pre-programmed graphical user interfaces and configurations.

There’s are a number of valid reasons to why the low code development platforms are experiencing such a surge, which is why we decided to list some of the most beneficial reasons here below.

Speed of development – Speed and agility are two signature trademarks that the low code development platforms inherently provides. One of the great benefits of using a low code tool is how it opens up for the inclusion of all departments during the development process. Teams within the lines of business that historically have been unrelated IT-development have the chance to become more empowered and autonomous from the regular development department due to the simplicity of using a low code tool – they can incorporate the digital aspects into their business visions and simply fulfil them themselves, at their own terms. Since the majority of the code already has been developed, this eliminates the need for deep-level and time-consuming hand-coding – the lion part’s already done, and you are free to adapt it to the unique demands sought by your business. Factors that save time and resources.

Privacy – By using a low code tool, the ease of development enables in-house teams to build the systems rather than outsourcing the task to third-party IT-architects. A factor that increases business confidentiality within the new solutions.

Cost Reduction – Instead of hiring external consultancy and expertise – that often is a costly affair – the low code solution provides a tool to build the system with internal staff forces instead. A fact that eliminates the entire process of hiring new staff and all the expenditures that comes with it, and which also makes it easier for project managers to forecast the entire cost of a project. With less manual coding taking place, it also reduces the risk of grave errors during the development process, a factor that also saves time and undoubtedly money.

Easy maintenance – A low code solution makes it easy to adjust the already existing systems to the changing needs of your business. It’s vital to be able to quickly change software to sustain a permanent alignment between the functions of the system and what the business requires there and then – and as there is little code involved in a system built with low code, there is simply little code to maintain.  It also offers a whole new form of cross-platform mobility, compared to ”off the shelf” systems where adjustments are harder to make, which makes it easier to integrate with third-party APIs and modules as you go.

Bosbec is a reliable partner for anyone who is looking to build their new solution with the help of low code. For more insights on the benefits of low code, check out our previous blog here.

To learn more about the services and solutions that Bosbec provides, click here 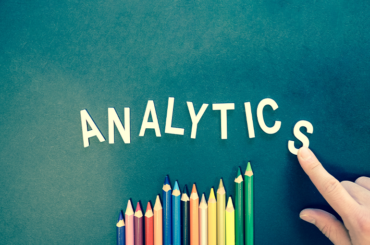